The newest class of honorees to the Iowa Central Hall of Fame will be recognized on Saturday, October 2 with an induction ceremony on the college campus in Fort Dodge.

“For more than 50 years, Iowa Central has helped students get to the next step to achieve their dreams and be a vibrant part of their community,” said Iowa Central President Dr. Jesse Ulrich. “Our hall of fame event provides Iowa Central, fellow alumni, faculty and staff a chance to recognize their contributions and accomplishments.”

The event will begin at 5 p.m. with a social hour followed by the honoring of the inductees. Guests will enjoy a buffet-style meal and a silent auction will be held featuring a wide variety of items. Tickets for the event are $25 and are available at the Triton book store and in the administration office.

Seating is limited and the event will be live-streamed on the Triton Nation YouTube page.

Drake started his college journey at Iowa Central, graduating in 1971. He went on to earn his Juris Doctorate degree from Drake University. His successful law career includes creating and leading the law department for UnityPoint Health Corporate.

He also helped lead changes to reform the Stark Law, which reflected changes made by the U.S. Department of Health and Human Services in 2019.

Harris graduated from Iowa Central in 1975 before earning both his MA and BA from Arizona State University. He is a retired school teacher who produced 400 all-state singers.

Croonquist is a retired advanced instructor at Iowa Central and was the International Student Advisor at the school. She was also the coordinator of the college’s Modern Language program and is an alum of Iowa Central.

Middleton was a two-time first team NJCAA All-America for the Tritons in 1972 and ‘73 before graduating from New Mexico State. He is retired from the United States Army and the Department of Defense.

Haupts, a native of Manson, earned all-region honors in both volleyball and softball for the Tritons, setting several school records while also earning academic All-American status with a 3.9 grade point average.

Pilcher, a member of the NJCAA Coaches Hall of Fame, led the Iowa Central men’s basketball team for 40 years while also serving for two decades as the athletic director at the school. Under his way, the Tritons made two national tournament appearances and won 759 games, with Pilcher finishing his career with the 12th-most wins in junior college basketball with 856. 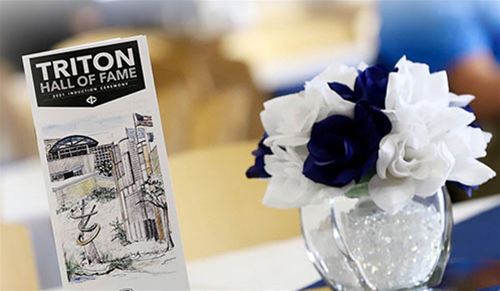