Iowa Central Community College has announced the addition of women’s wrestling beginning
with the 2022-23 school year.

Approved at a school board meeting on Tuesday, the Tritons will follow in the footsteps of the University of Iowa, which recently announced the same decision.

“We are excited about this opportunity,” said Kevin Twait, Director of Athletics at Iowa Central. “We plan to hire a head coach by the middle of November with the goal to be building a squad of between 20-and-25 wrestlers for the first year before expanding to 30-to-35 the following season.

“Wrestling has always been a popular male sport in the nine-county area that we serve, but it has now become popular in our area on the female side, as well.”

“We are in the hotbed of women’s wrestling and I have no doubt that we can bring in a strong team of wrestlers from this area and compete immediately,” Iowa Central men’s head wrestling coach Luke Moffitt said. “Women’s wrestling is growing at an incredible rate and it is wonderful that Iowa Central is taking this step now.”

One of the fastest-growing sports in the United States, women’s wrestling has also taken on a larger role within the region that Iowa Central serves.

Iowa had over 600 high school girls participate in wrestling during the 2020-21 year, holding a non-sanctioned state tournament sponsored by the Iowa Coaches Association that featured over 450 girls from more than 100 different schools. A total of 32 states have sanctioned state championships.

At the Don Miller Invitational hosted by Fort Dodge Senior High this past December, 65 girls competed in 16 weight classes.

The NCAA recognized women’s wrestling as an emerging sport in 2020 at all three levels, while Grand View, Waldorf and Willam Penn all boast NAIA programs. NCAA Div. III school Iowa Wesleyan also has women’s wrestling, as do two ICCAC schools. 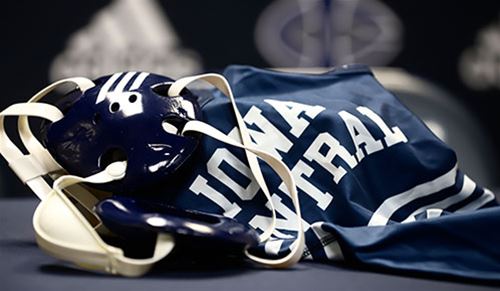