Teresa Jackson has made countless impacts in the lives of Iowa Central students during her career.

Jackson, the Director of Theatre at Iowa Central, was recently inducted into the Iowa High School Speech Association Hall of Fame. She has served as a coach and judge at all levels with the IHSSA, including being only the second person to ever judge all six levels in one year.

One of Jackson’s other roles at Iowa Central involves the school’s own hall of fame, which she introduces the nominees for. 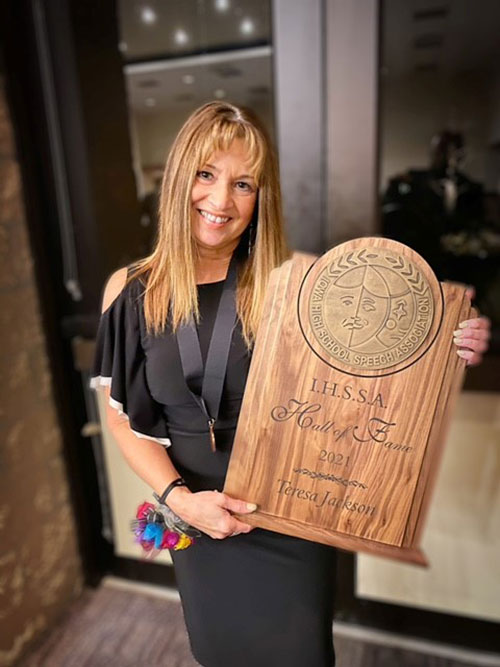 She offered thanks, as Jackson tends to do, to all of those who have helped her along the way including Gail Nicewanger, Craig Ihnen, Brad Nesbitt, Larry Untiet, John Gibson, Liz Hansen, Stacy Hansen and her family.

“It’s about this organization and what it does for coaches, judges, students, parents,” she said. “How it touches and changes us, and ultimately makes us not only better performers, but better people.” 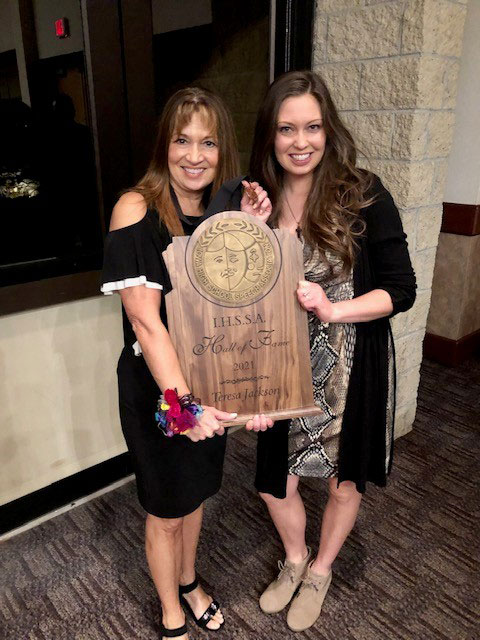 Tara Armour, Teresa’s daughter, provided the introduction for her mother’s hall of fame acceptance. She reflected on all the moments growing up as “Teresa Jackson’s daughter.”

“It might sound, from these stories, as if I grew up in my mother’s shadow. I didn’t. My mom couldn’t be a shadow if she tried - she’s way too optimistic for that,” she said. “Instead, as many of you probably know if you’ve gotten to interact with her, she is a source of light, radiating warmth and positive energy onto whoever is near her. I grew up, then, in my mom’s glow, not her shadow. And this was because from a young age, I was not just a passive observer in her enchanting theater world: I was an active participant in the magic.

“In order to be both an incredible director and incredible mother at the same time, she merged the two roles. Iowa Central was my second home: I grew up going to play and musical rehearsals, and starting when I was five, she started giving me parts in her shows whenever possible. This continued all the way through college, when, as an official Iowa Central student, I got to finally stand in the shoes of the kids I had been watching all my life.” 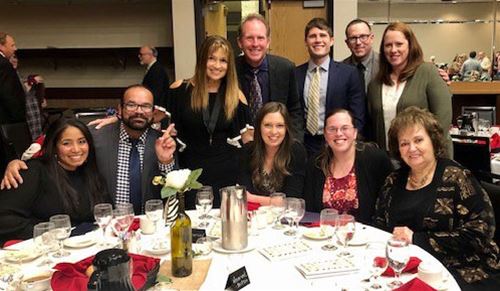