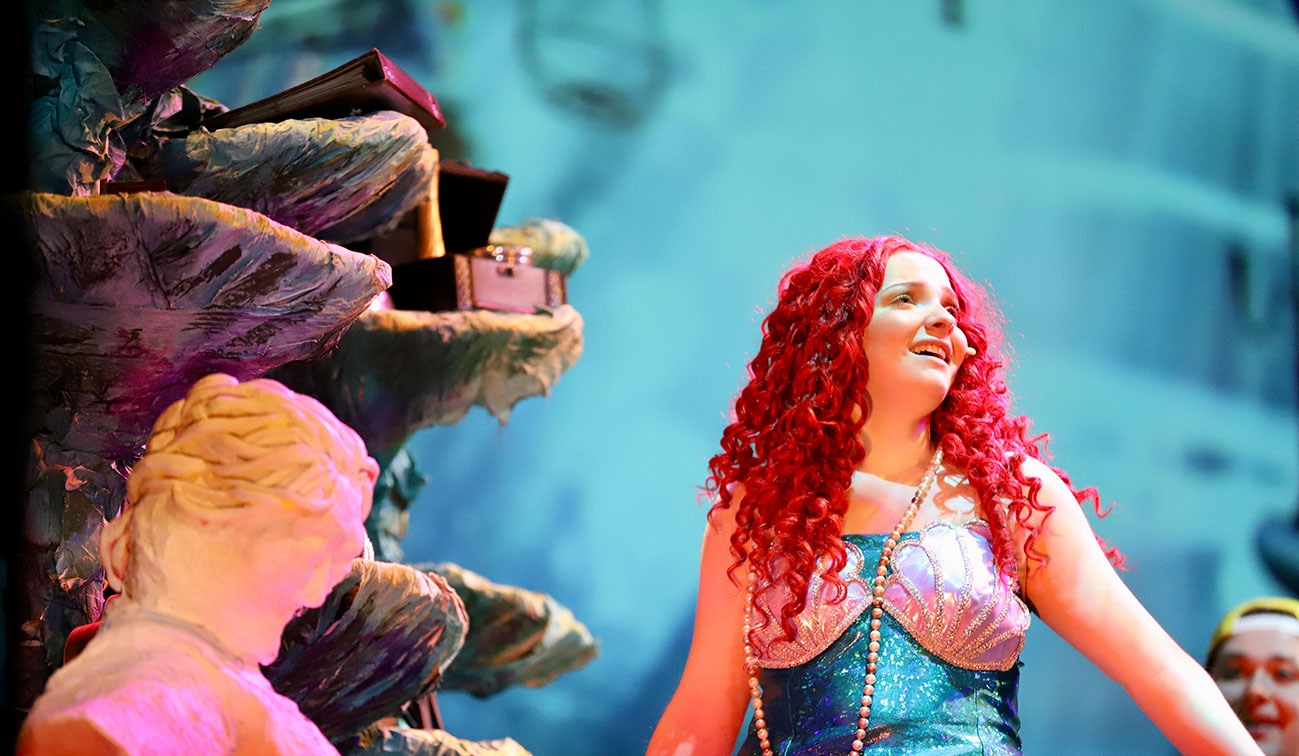 Caeley Coady took on the lead role in the spring production of The Little Mermaid at Iowa Central.

For Coady, the opportunity was one she needed at just the right time.

“I rediscovered my love for the arts,” Coady said. “And have had multiple great opportunities to pursue (at Iowa Central).”

Coady, a graduate of Des Moines East, was cast at Ariel and took to the stage inside Decker Auditorium for several sold-out performances. The role was one that helped Coady form a bond with her “on-stage character.”

“The Little Mermaid was a super fun show and I connected with Ariel in many ways,” she said. “She’s kind and has ambition.”

It also helped that she was able to work with Teresa Jackson, who directed the program.

“Working with Ms. Jackson is an absolute dream,” Coady said. “She has helped me grow as a performer so much and gave me an amazing opportunity to prove myself.

“I was already friends with a lot of the cast going in, but I’ve been blessed to become so much closer with a lot of them. They’ve helped me through so much and I couldn’t have asked for a better group of people to go through this experience with.”

Coady previously was cast in Hairspray, Legally Blonde, Rent and Sister Act while at Des Moines East. Her first lead was Sister Mary Robert, and she received a Great Overall Performance award and was nominated for the Triple Threat for her performance. 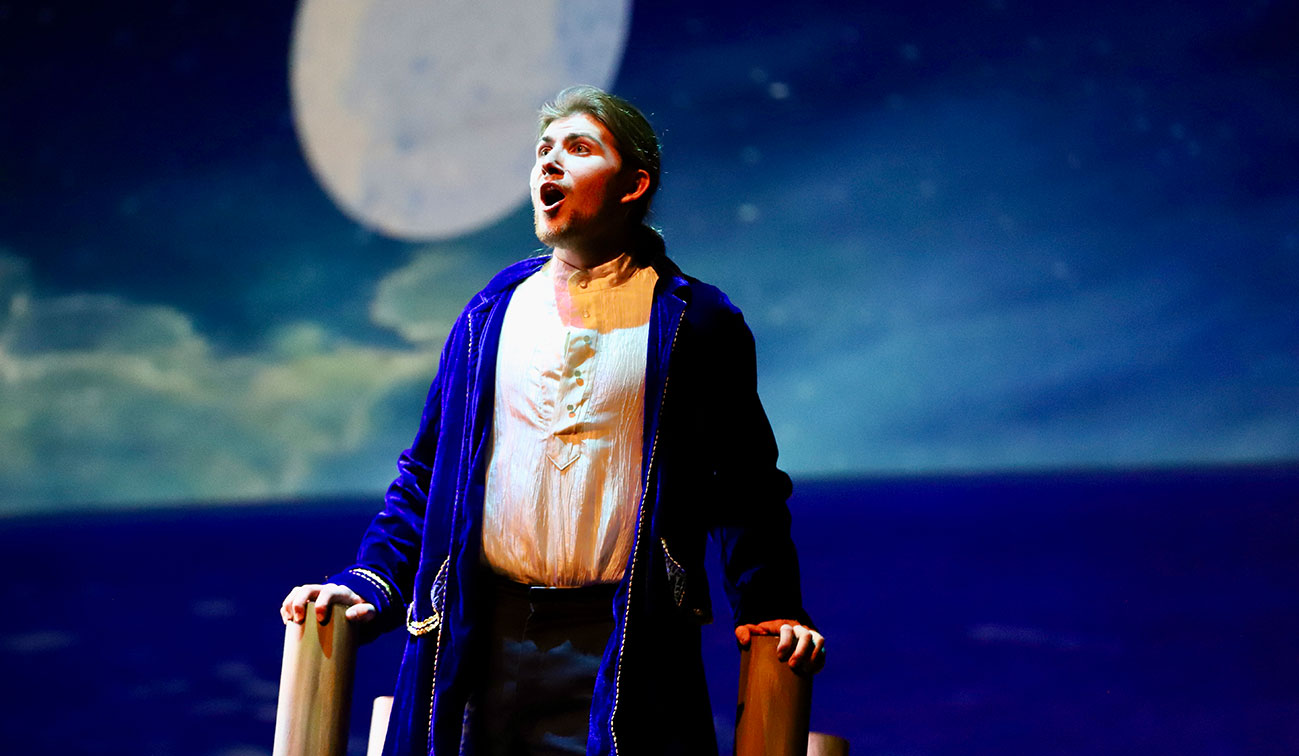 Matthew Anderson didn’t have to look far to take his first step in his college journey.

Anderson, a graduate of Fort Dodge Senior High, enrolled at Iowa Central and found a spot in the music department under the guidance of Teresa Jackson.

Recently, Anderson played the lead male role in the spring musical production of The Little Mermaid as Prince Eric.

“I was excited to act as someone who is the opposite of me,” Anderson said. “I had never really acted before, but it was a great experience to have under my belt.”

Anderson is currently pursuing vocal music for his education. And Iowa Central has given him the perfect stage to do just that.

“My experience at Iowa Central has been really great,” he said. “The music department has treated me so well and I couldn’t ask for a better group of people.

“It has been great working with this cast and Ms. Jackson. Everyone is so encouraging and welcoming, and she really pushed me to be the best I can be.”

While at Fort Dodge Senior High, Anderson was cast in Big Fish as part of the chorus. 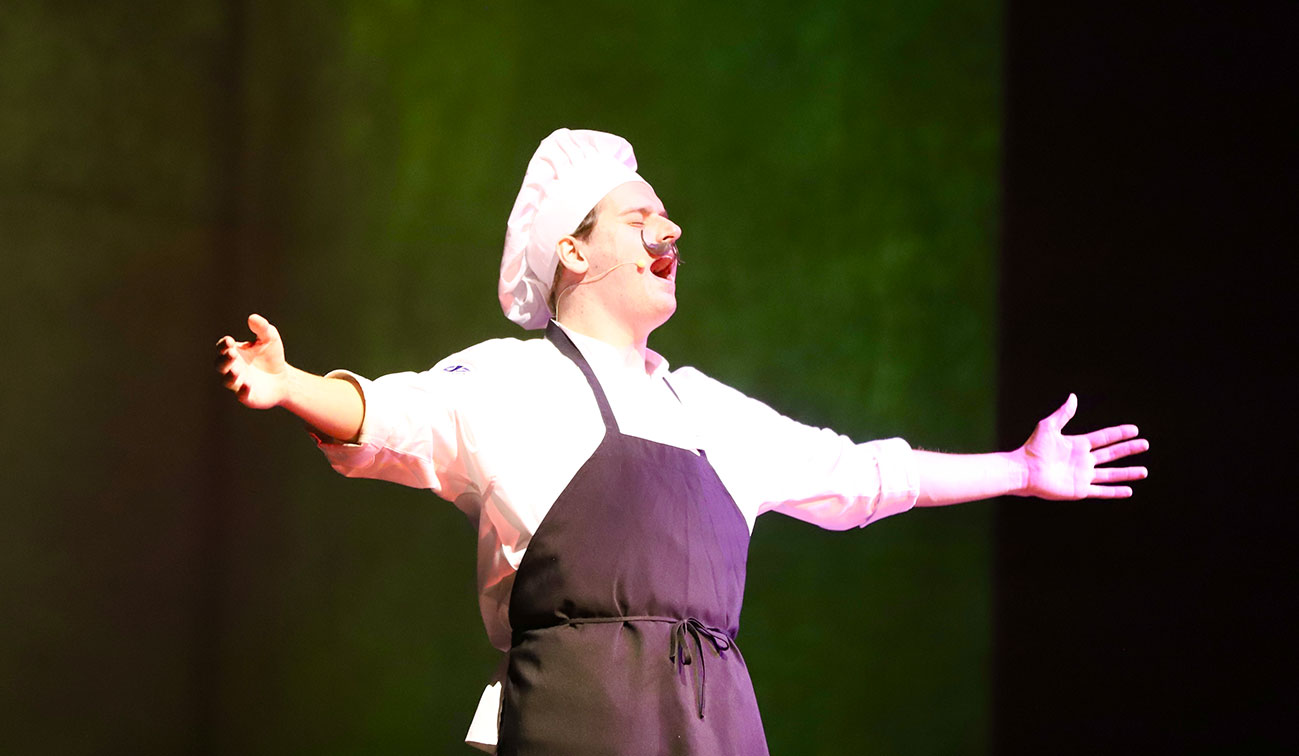 Nathan Bentz knew where he wanted to continue his education after graduating from Humboldt High School.

And he also knew that in deciding on Iowa Central, he was opening himself to a whole new world.

“The music department is full of a variety of talented individuals from every walk of life and it’s always been amazing to see worlds continuously colliding through the shared admiration of music and theater,” Bentz said. “The music department cultivates an environment of fellowship that is beneficial to the development of young adults towards building relationships and friendships that will last beyond the walls of Iowa Central.”

Bentz recently was part of the spring musical on the Decker Auditorium stage, The Little Mermaid. It marked the return of the program after a year hiatus.

“It was extremely exciting to put the show on in front of an audience,” Bentz said. “The cast worked tirelessly, diligently tweaking all the little nuances and preparing the show for the community. I think that passion was visible within every cast member’s performance.

“There was a sense of excitement in the air.”

The Little Mermaid marked the third musical at Iowa Central for Bentz, who had also done two fall plays. He called all of his experiences “phenomenal” while working under the guidance of Teresa Jackson.

“Teresa is a talented director with years of experience,” he said. “It is always a pleasure to work with her to shape our performances.”

Bentz has taken note of all that Iowa Central has to offer and wants to make sure those looking at the school for their own future see the same.

“Between sports, student life events and living facilities for starters, and the manageable class sizes means that the teachers genuinely care about your individual success, Iowa Central has a lot more to offer than someone on the outside would expect,” Bentz said. “I came into this school with varying skills and knowledge, and throughout my time, I have been shown the best ways to put my skills to use and shape my future.

“It has been a fast journey as I gear up to graduate in May, but I feel that even though my time here wasn’t long, I am fully prepared to take the next step towards a fruitful career.”

Grundon: Iowa Central has ‘allowed me to grow greatly’ 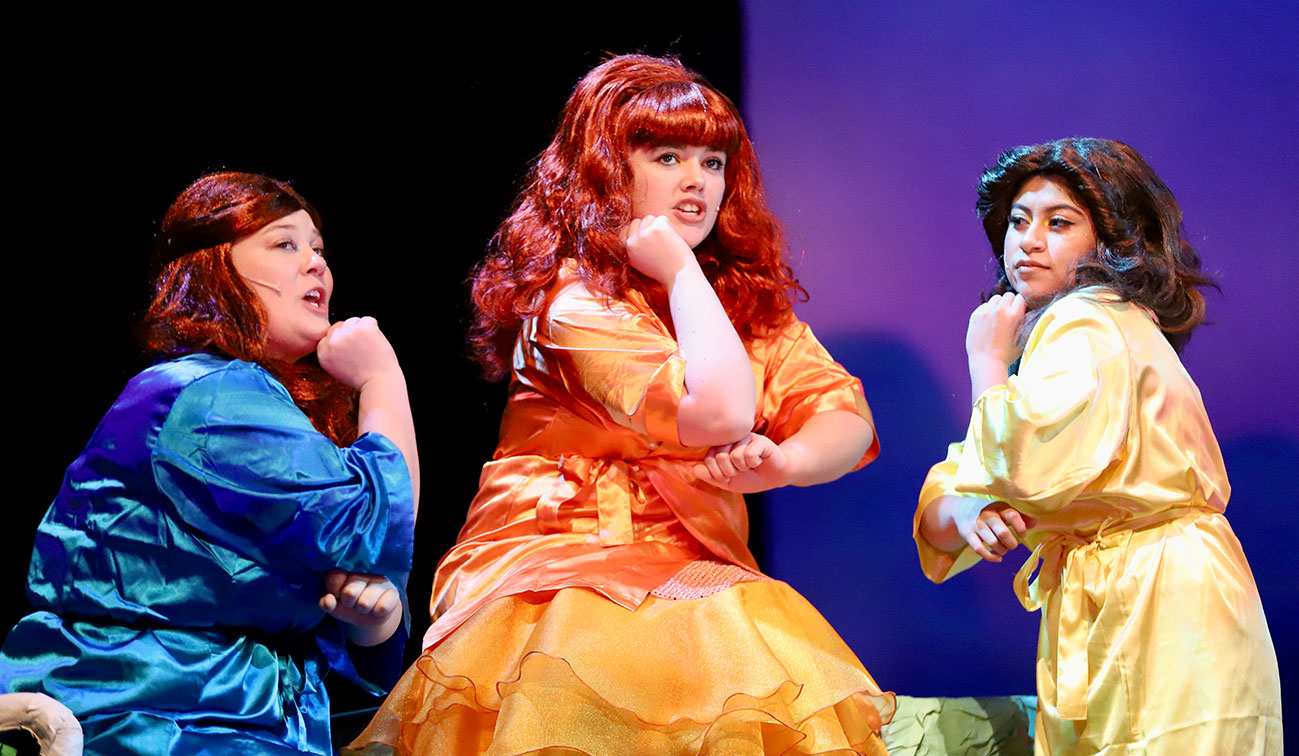 Andrea Grundon enrolled at Iowa Central with a strong resume of performing and inspiring while attending Greene County High School.

Grundon did large group and individual speech all four years at Greene County and held the lead role in two musicals.

She has remained active since coming to Iowa Central, taking part in four different choirs while also performing in the recently-completed spring musical, The Little Mermaid.

“I chose Iowa Central because they offered a lot of classes through my high school and I knew I wanted to go to a community college before transferring to a larger university,” Grundon said. “Iowa Central just seemed like the perfect fit.”

It didn’t hurt having the likes of Teresa Jackson, Ashley Garst and Will Lopes to learn under for Grundon, either.

“Will Lopes is an absolutely phenomenal instructor of music, as well. I have learned so much from him. Teresa Jackson and Ashley Garst are so unique. They were two of the first people I spoke to on the campus and they are so good at what they do.

“They both work together on the theater aspect of college and go above and beyond with everything that they do. Outside of theater, you can also speak to them if you ever just need to talk and I think that separates a good instructor from a great one.”

But Iowa Central has given Grundon even more than just a chance to continue her performing career.

“Iowa Central has allowed me to grow as an individual and student greatly,” she said. “I feel I am more organized and resourceful because of the opportunities I have been given here. In terms of theater, Teresa Jackson has taught me so much. I have grown leaps and bounds as a performer because of everything she has shown me.

“As a student, the resources around campus have allowed me to grow exponentially as well. I use the SRC (Student Resource Center) quite often to study and finish homework assignments. Resources such as that one have allowed me to be a successful student who is still greatly involved in theater and choir.”

For Vinchattle, Iowa Central has ‘allowed me to be creative’

Fort Dodge Senior High graduate Madison Vinchattle was active during her four years as a Dodger. That has continued since embarking on her college journey at Iowa Central.

Vinchattle recently completed a run in The Little Mermaid, the spring musical. She is also involved in art photography at the school.

“Iowa Central has allowed me to be creative,” Vinchattle said. “Whether it’s my art with photography or singing and acting, I’m excited to go to class or practice every day because I know that I can be myself there and do what I love.”

Both the photography and music were what helped drive Vinchattle to Iowa Central, along with those that instruct in the two departments.

“I heard many great things about the photography program here and all of the teachers,” she said. “I also knew how amazing the directors in the music department were and wanted to take part in that as an extra-curricular.”

While at Fort Dodge, Vinchattle was in the musical for four years and a cabaret showcase along with speech, band and choir. She was tabbed an Iowa All-State Chorus member for three years.

Even though she was experienced in the arts before arriving on campus, Vinchattle feels she has grown as a performer and student in a short amount of time.

“I have become more open and confident in my abilities,” she said. “I’ve always felt caged away and pushed to the back in other productions, but being at Iowa Central has given me many new opportunities that I have never experienced before to grow and showcase my talents. 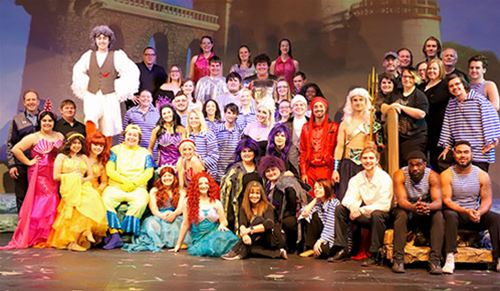 Iowa Central is awesome. There are personable teachers, a large campus feel, excellent music and drama departments, and the college is generous with scholarships. I’ve had some of the best experiences of my life here.