Schaefer, a native of Onslow and graduate of Midland Community School District, was named a vice president of the team. She is completing work on a double degree in Agriculture Business and Business at Iowa Central.

While attending Iowa Central, Schaefer has been heavily involved with the Professional Agriculture Student (PAS) Club where she was elected Vice President of the Finance Committee as a freshman.

She also ran for State Office and was elected in 2021 as Iowa PAS Vice President with a focus on the social media part of the organization.

“I look forward to meeting the members, advisors and mentors of the National Organization and helping them build their leadership skills,” she said. “I am very excited for this opportunity.” 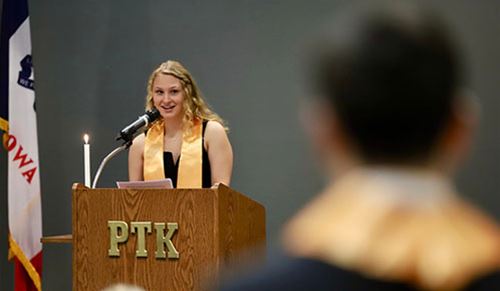