Fort Dodge, IA - Iowa Central Community College students will be performing the popular Broadway musical, "Newsies," for their annual spring production. Performances will be held in Decker Auditorium at the college's campus in Fort Dodge on Thursday, March 5 through Saturday, March 7. Showtimes start at 7:00 pm, and the public is welcomed to attend. Tickets are available through the Iowa Central Bookstore, order online, or by calling 515-574-1081.

The casting was officially announced in late November of 2019, with over 50 Iowa Central students set to take the stage in a musical that was inspired by the Newsboys Strike of 1899 in New York City. Disney’s “Newsies” is known for its original music, lively choreography, and a long list of exciting characters and ensemble.

Since the beginning of the 2020 spring semester, the cast and crew of “Newsies” have been working diligently to prepare. They’ve built intricate sets, practiced vocals/songs, and rehearsed choreography. Accompanying the stage performances will be students of Iowa Central’s Music Department. They will be playing the musical’s Tony Award-winning original score.

“We are proud of all the hard work from our students and faculty to make this musical a reality,” said Dr. Dan Kinney, President of Iowa Central Community College. “We encourage those in the community and surrounding area to come and enjoy the performances of this talented group of students.”

Iowa Central’s Music and Theatre Departments have put on large spring musical productions in the past. Last year, students performed the iconic “Mamma Mia!” in front of three sold-out audiences.

Following this showing, the Decker Auditorium will be the site of Iowa Central’s Showcase Concert April 22-24, 2020. 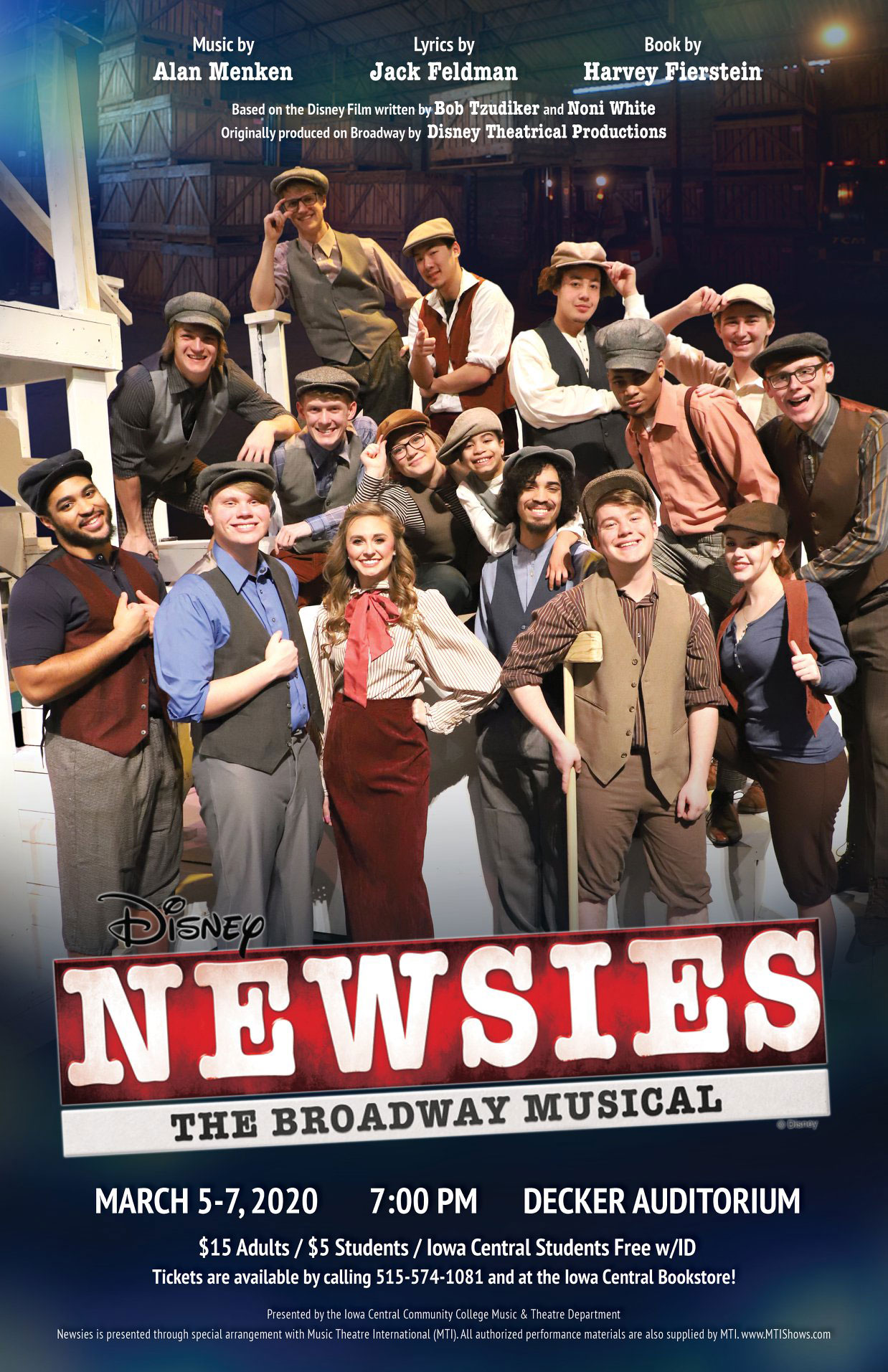