An Iowa Central graduate herself, Julie Thorson knows the importance of the school in her current position as the President and CEO of Friendship Haven.

Thorson, a member of the Iowa Central Athletic Hall of Fame, graduated from the school in 1993 after attending Fort Dodge Senior High. She went in to earn her BA from the University of Kansas before returning to school for her Administrators License.

"Iowa Central and Friendship Haven has an amazing relationship. We support each other in many ways most importantly programming," Thorson said. "We love to have students come to campus (before and eventually after the pandemic of course) and share their talents. There are so many ways we work together: musically, artistically; we have had a very cool project involving photography and stories.

"There are so many shared programs. We appreciate Iowa Central's commitment to intergenerational programming. Not to mention Iowa Central has been the venue for our annual holiday concert. Dan Kinney and I also meet regularly to share our challenges and successes.

"It's a very supportive relationship and I believe it will be one to last for years to come."

Thorson returned to Iowa Central to teach in 1998-99 after spending time as an anchor and reporter for KIMT News. She began working with Friendship Haven in 1999 and started her current role in 2012.

"I chose Iowa Central for the value," she said. "John Robertson was a great influence. I had my first theatre class with him. He was so approachable, positive and supportive. I will never forget him.

"The campus in general then was very welcoming and friendly. My best memories were spending time with my friends both on campus and off. It was definitely a fun time in our lives. The Triton Inn was much more than a place to grab a meal. We spent time building lifelong friendships."

In 2001, Thorson was awarded the Innovation of the Year honor for "The Penthouse." She was also the 2007 Webster County Special Achiever and member of several boards around the Fort Dodge-area.

Working at Friendship Haven, Thorson has also watched the expansion of Iowa Central up close over the years.

"Its been great to see Iowa Central's growth," she said. "Being neighbors and an alum it brings a sense of pride and joy every time I come to our campus. Being able to look over and not only have fun memories but knowing Iowa Central is one of the reasons we have success here at Friendship Haven - many of our employees are students - and we work together to support each other."

Thorson and her husband, Tjeran, have two children: Lehr and Asle. 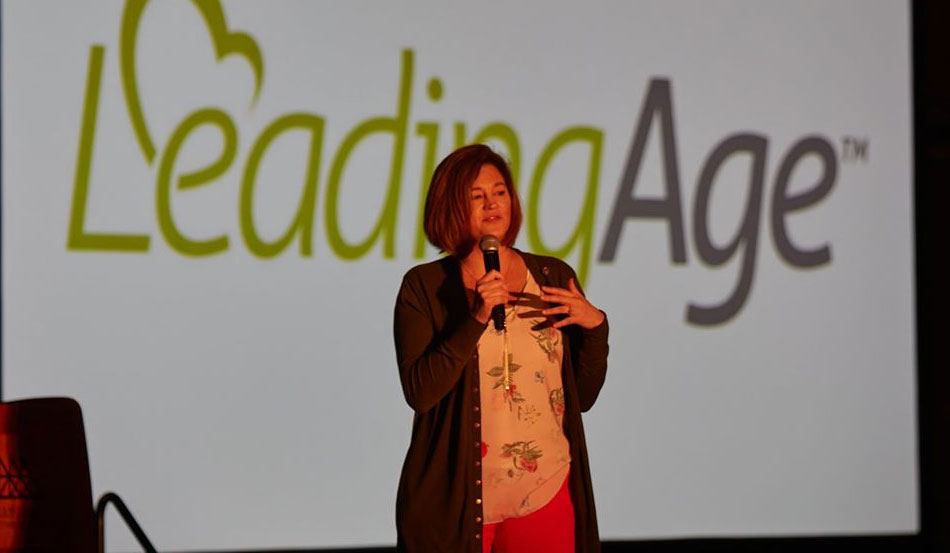